What Is A Fronted Adverbial?

In this article, we look at what a fronted adverb phrase is and what context to use it in, as well as understand why they are an important part of grammar.

What are fronted adverbials?

A fronted adverbial phrase is an adverb that occurs at the beginning of a sentence or clause. They are fronted to perform one of three roles when using a verb:

Here are three fronted adverbials that occur at the beginning of a sentence to provide context for the rest of the sentence:

– “Yesterday” provides information about when something happened.

– “In class” provides information about where something took place

Topics that you will find covered on this page

You can listen to an audio recording of this page below.

Three fronted adverbials that function as examples or evidence are:

1.”Specifically”, which gives further clarification on what was said before it by modifying or adding detail that is not included in the first clause. Example: She specifically mentioned you as the person she’s looking for.

2.”Accidentally”, which describes an unexpected or undesired action. Example: I accidentally deleted the file last night

3.”In fact”, which emphasises a point that was just made in the sentence before it, whether that point is true or not. Example: In fact, I never even saw her yesterday!

You can see from these example fronted adverbials how useful it can be to place specific information at the beginning of a sentence or clause.

This will notify your reader about context and meaning right away, rather than having to wait until much later on in a sentence when another word may have been stuck in front of the adverbial without providing enough context.

How to write statement sentences?

By placing a fronted adverbial at the beginning of a sentence, you make it clear from the get-go what kind of statement you are going to be making with your grammar.

For instance, “Specifically” indicates that whatever is about to be said will include more detail than was given initially.

Statements made with fronted adverbials can be academic, for example: First I went outside and then I walked to town.

What’s different about this type of statement sentence? It’s telling a story in chronological order. This is how an average person would write their statements – by remembering things as they happened.

If your goal, however, is to write something less personal, or perhaps not entirely focused on factual information (for example fiction writing ), fronting adverbials can help you make more interesting statements, like: Outside, I walked to town.

This sentence is not using chronology to provide information about this person’s actions or thoughts. Instead, it tells the reader that going outside was not a part of this person’s plan and that they did something unexpected when they left their home.

While it may be difficult to construct a sentence with only one fronted adverbial without it sounding too unnatural or overly formal, here are some ideas for how you might go about doing so:

– “I went outside” could be next in an explanation describing why someone decided to get up from where they were sitting and go outside.

– “Apparently”, if used to start a sentence, might indicate that the next statement is only one person’s interpretation of events, good or bad.

– “Accidentally”, if starting a sentence, could describe unexpected consequences for an earlier action.

You can see how fronted adverbials provide you with many different ways to make your writing more interesting by modifying the way you structure your sentences and write statements.

When should I use fronted adverbials in my writing?

Fronted adverbials can be useful for a few different purposes:

2) To emphasise something that was just stated in the previous sentence, sometimes to contradict it, and other times to agree with it.

A fronted adverbial phrase is an adverb that occurs at the beginning of a sentence or clause.

3) To write sentences that are not chronological and instead focus on an idea or event that may not necessarily come first chronologically (for example fiction writing).

You will notice through these examples how fronting adverbials allows you to separate your thoughts and ideas into distinct units within your sentences. This makes writing easier because it provides you with more options for organising your thoughts.

When are fronted adverbials taught in KS2?

Fronted adverbials can be taught at any point in primary school although it is most common to introduce them during the later years (KS2). They do also make up part of the national curriculum.

This may happen when students are learning about writing narrative structures or other sentences that do not follow a strict pattern of chronology. They are particularly good when aiding creative writing.

Specifically, they might learn how to use fronted adverbials to create more interesting statements instead of simply retelling what happened through personal experience.

Although this structure does not necessarily translate into other types of writing, it is helpful for teaching children the basics of sentence construction.

How should I teach fronted adverbials?

Teaching young learners how to write with fronted adverbials depends on their age and ability level. Fronting adverbials are hopefully taught to children by the time they are in KS2 or even earlier, depending on what grade/age their school class is currently at.

When working with very young learners, fronted adverbials might be explained simply as modifiers that describe what comes next in a statement sentence. You can demonstrate this by having students practice writing sentences by telling them that “after” means something happens after what you say before it.

Here are some examples using this definition of fronting adverbials: First I went…Then I painted…Afterwards I ate…Finally, I left.

As students grow older and become more advanced writers, these sentences about the chronology of events may start to sound repetitive, like reading a page straight from a children’s book. In order to add variety and more interest, fronted adverbials can be taught as a separate unit of instruction to focus on their function in sentences.

If you want students to be able to write with fronted adverbials, you need to teach them about the different types of information these modifiers provide, including: time (when), location (where), condition (if/whether), reason (why).

How to help children with fronted adverbials?

How to teach fronted adverbials can depend on if you want students to be able to write sentences that include this structure (see above) or simply recognise it when they see it.

First, start by explaining the different types of information fronted adverbials provide and what they mean: “when”, “where”, “if/whether”, and “why.”

With younger learners, practise with sentence frames using this definition. For example, if their writing prompt is about Christmas, have them write down two statements in which one has a fronted adverbial in it that tells where someone celebrated at Christmas.

Afterwards, you can encourage students to do additional practice with these concepts in order for them to become more comfortable with them.

Since fronted adverbials are a part of sentence structure, the best way to teach them is by working on sentence starters that already include this modifier in order to model what they look like and give students an opportunity to analyze how it functions in a phrase.

How to use a fronted adverbial well in your content

Fronted adverbials are most frequently used to help guide the reader through a sentence about an event.

For example, you might want students to write about what they did over their summer break. If you teach them how fronted adverbials work, they can utilize this information to make sentences more interesting and descriptive by telling where they went or when something happened.

If students are confused about which part of speech (adverbial versus adverb) fronting modifiers is, it may be helpful for you to explain that both types of word groupings provide information in sentences but do so in different ways.

A prepositional phrase is a phrase that begins with a preposition. A preposition is a word that shows the relationship between its object and other elements in the sentence.

Phrases are groups of words that do not contain both a subject and a predicate. An adverbial phrase contains an adverb as its headword, but cannot function as an entire clause. 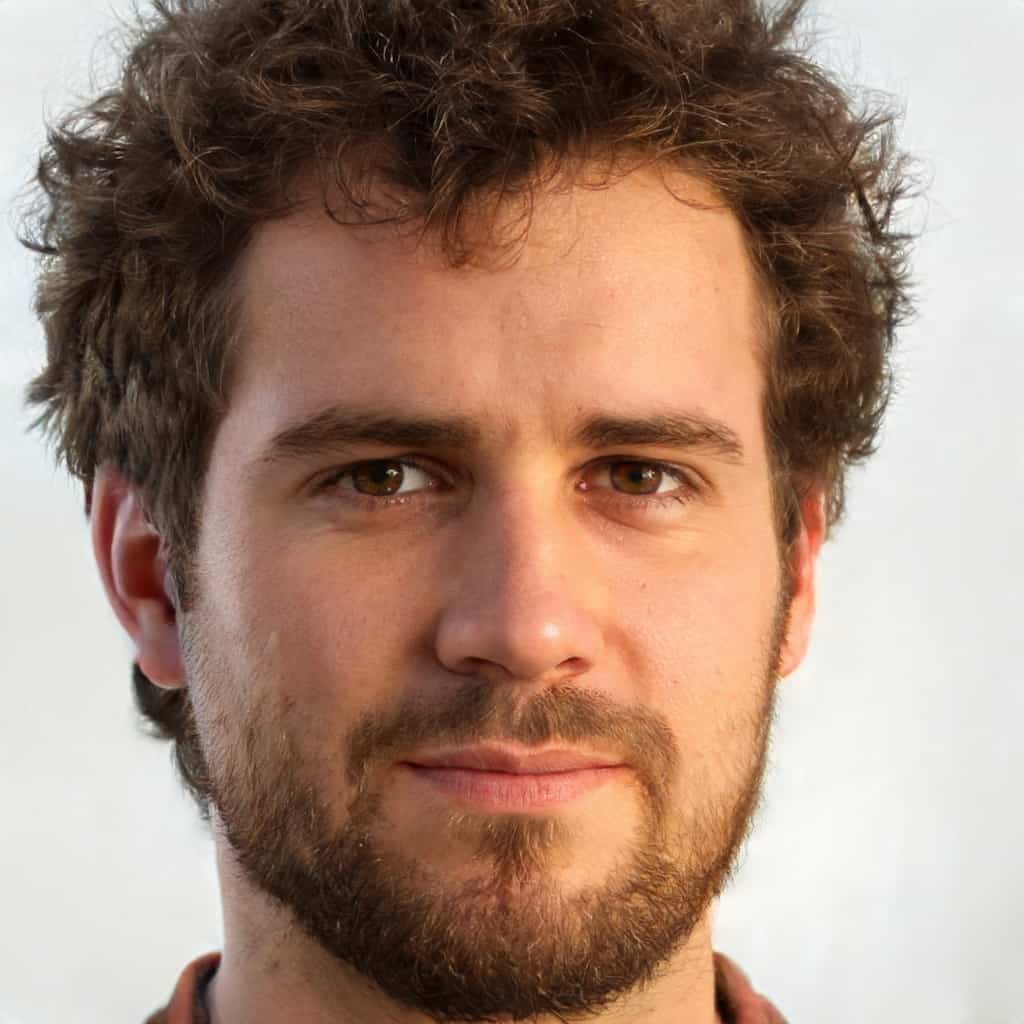 I am the primary writer and author for Help and Advice, having originally helped start the site because I recognised that there was a need for easy to read, free and comprehensive information on the web. I have been able to use my background in finance to produce a number of articles for the site, as well as develop the financial fitness assessment tool. This is a tool that provides you with practical advice on improving your personal financial health.

Outside of work I am a keen rugby player and used to play up to a semi-professional level before the years of injury finally took their toll.  Now you are more likely to see me in the clubhouse enjoying the game.

Linked in – Connect with me

What are fronted adverbials?

A fronted adverbial phrase is an adverb that occurs at the beginning of a sentence or clause.

How to write statement sentences?

By placing a fronted adverbial at the beginning of a sentence, you make it clear from the get-go what kind of statement you are going to be making with your grammar.

How to help children with fronted adverbials?

How to teach fronted adverbials can depend on if you want students to be able to write sentences that include this structure (see above) or simply recognise it when they see it.

When are fronted adverbials taught in KS2?

Fronted adverbials can be taught at any point in primary school although it is most common to introduce them during the later years (KS2). They do also make up part of the national curriculum.

Share on facebook
Share on twitter
Share on email
Share on linkedin
We are an information and guidance only website. The information on the site is not tailored advice to each individual reader, and as such does not constitute actionable legal advice nor actionable financial advice.
Our aim is to provide helpful content but can’t guarantee that it is correct.  Therefore, you accept that you use the information at your own risk and we can’t accept liability for any action you take. We always strongly recommend that you get professional advice when seeking support on any topic, particularly when seeking legal advice and/or financial advice. Further guidance on financial topics can be obtained from moneyhelper.org.uk.  You can also find legal advisors through the Law Society website.